We are Associates for Change

As you all know, we at Associates for Change, have an amazing network of friends and colleagues who are experts in what they do. We often tap into their expertise to help deliver our services. One of these is Lisa Rose – a very experienced, creative and versatile campaigner. 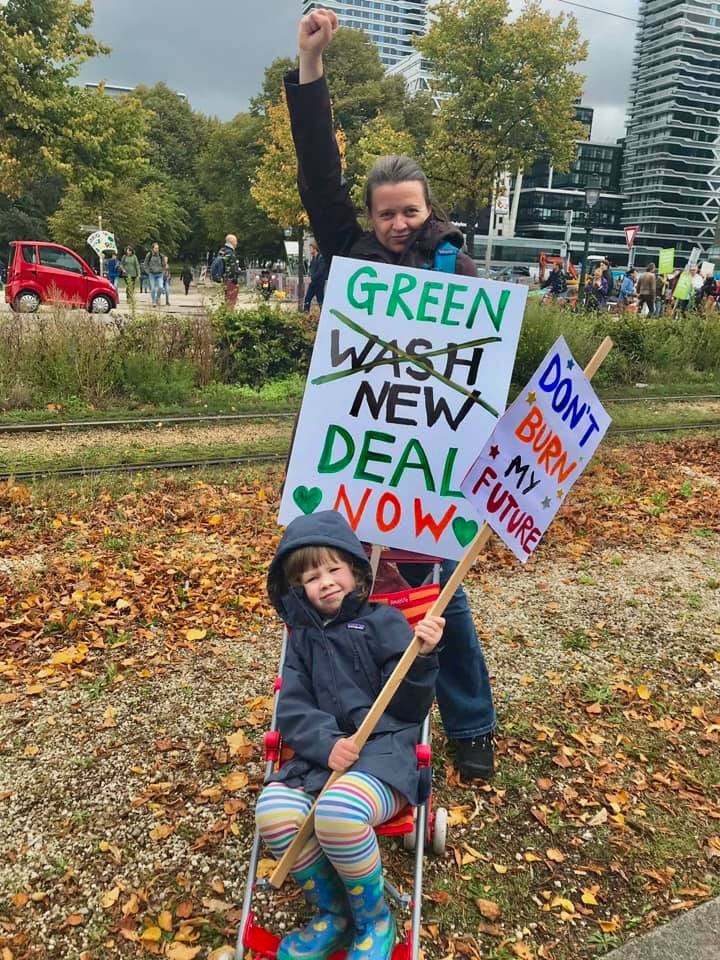 Lisa has many skills, but one of the areas I like to tap into her brain about is mobilisation. This could be because we met via an online campaign around 16 years ago. I was working at Greenpeace International on an Icelandic Whaling pledge. We wanted activists to encourage friends and family to sign up saying they would consider visiting Iceland for a holiday if they stopped whaling. Sixteen years ago this was pretty revolutionary stuff.

Enter Lisa – a very enthusiastic activist from Bermuda – or as we knew her from our message boards “Lizardfish”. The rest as they say is history. Lisa went from enthusiastic activist to one of the most seasoned campaigners in mobilisation I have ever met, taking her talents and unbound enthusiasm to organisations including Greenpeace, Action Aid and Avaaz.

So Lisa – what does mobilisation mean to you?

For me it really means inspiring people to do things to make the world a better place that they wouldn’t do otherwise. It could range from sharing a post on social media, signing a petition, donating money,  joining a march or even risking arrest in a direct action.

From a campaigning perspective why is mobilisation a useful tool and when should you do it?

Mobilisation should always be part of a wider campaign strategy. You shouldn’t just run a petition or get people to share things on Facebook and stop there. We really need to think about how it fits into an entire theory of change. It’s like lining up dominoes that will create the required impact at the end — and public mobilisation with a petition for example is just one of those dominoes.

Mobilisation is a strategic tool, it shouldn’t just be something to tick off a list of things to do. We should only do it if applying public pressure to a target makes sense. You need to find out about your target (be it a person or a group or a company) and do a deep dive. At Avaaz they call this “finding out what they eat for breakfast”, which doesn’t mean you should try to spy on them at home through the window but discover what they are passionate about, what are their key priorities, if they’ve been involved in a public pressure campaign before – and if so how did they react? This will inform your entire strategy and the way you develop public mobilisation plans.

Also I would recommend always involving the media, even for smaller local campaigns – by contacting a local paper or radio. They are often enthusiastic about people power stories and coverage helps spreads the campaign message and adds additional pressure.

What is the relationship between mobilisation and movement building?

Mobilisation is a way to build momentum and expand a movement. It can also activate a movement when needed. For instance Fridays for Future started with Greta by herself. But then as there was more mobilisation around her strike via Facebook posts and twitter it began to grow as more children and others became aware of what she was doing and why. It was then built on and offline and organisation for more mobilisation grew.

The key is to make things interesting and fun for those you want to attract and encourage to mobilise. But it is important not to use-up people’s good will. You have to be careful to not ask too much of people too soon. You need to think carefully of how much you really need from people and when. Wise management of your community will ensure that you sustain it overtime – and thus have an enthusiastic movement.

You need to report back, it might be that not everyone reads those emails. But it is important that your most active supporters, see that their efforts are really helping to create positive change. In all movements you have people who are not super engaged, and those that are very enthusiastic. You need to support the super enthusiastic ones as they will help build the movement.

So what is the deal with petitions – love them or hate them?

Well, it depends on how and when they are used. Petitions can put pressure on decision makers or can also be a positive way to give them the support they may need to take bold action.

Some people are averse to petitions now because they think everyone is tired of them or that they don’t don’t work. There are so many going around now, so it can seem they are over used and that is somewhat true but that doesn’t mean all petitions are pointless. They can still be important tools in wider campaign strategies. You can kick off a mobilisation journey by doing a petition first, then build on it with further engagement later on to escalate the pressure on your target (eg. sending emails or calling MPs). A petition can be a great first step on a ladder of engagement but you can also run an entire digital engagement campaign without needing to set up a petition at all. It depends on what you think will have the best impact on your target, how many signatures you think would be useful versus how many you expect to get and if there’s an opportunity to deliver it or a way to use it that could realistically help achieve your goal.

What are your favourite mobilisation moments in your career so far?

One of my best memories was the Greenpeace/Avaaz combined petition on GMOs that we presented to the European Commission around 10 years ago. We got over 1 million signatures for the first potential European Citizens Initiative (ECI). It’s a bit hard to explain but it was really tough to do it at the time as the regulations for this had not been fully set yet. To have a million signatures meeting the suggested requirements for an ECI so soon and so fast put the Commission under a huge amount of pressure, which helped prevent new GMOs entering the market. To deliver the petition we created a 3-D farm on a huge canvas and got some great photos from it that attracted a lot of media attention. A more recent one I loved and organised with Planet A and Extinction Rebellion last October in the UK was giving trees to MPs outside of Parliament. We set up a forest of 650 trees – one for each MP with their name on it – to encourage mass reforestation of the UK. Over 400 MPs collected trees and engaged with our event including Boris Johnson and Jeremy Corbyn who sent their staff to pick up trees. Corbyn pledged to plant his tree at #10 if he won the election! The reason this event worked so well is because all the volunteers who set up the forest tweeted pictures of the trees to MPs to encourage them to come and get theirs. They also sent emails and called their office before and during the event. Eventually everyone was seeing little trees all over the House of Commons and one MP was even heard asking the Attorney General “where’s my tree? why haven’t I got a tree?”.

One more I’m proud of is a campaign I led while at Avaaz around female genital mutilation in Somalia. We partnered up with an FGM survivor Ifrah Ahmed, and delivered a petition to the Prime Minister of Somalia and asked him to sign it – which he did. So it really showed how you can engage with a target in a positive way and give them the public mandate to drive through change.

Lisa has worked at various NGOs, is a founder of Planet A, and also was the Environmental Campaigns Manager for Patagonia in Europe. She is currently consulting with Ananda Partners, advising socially progressive companies on environmental campaigns and communications, as well as helping to coordinate Green New Deal Netherlands.